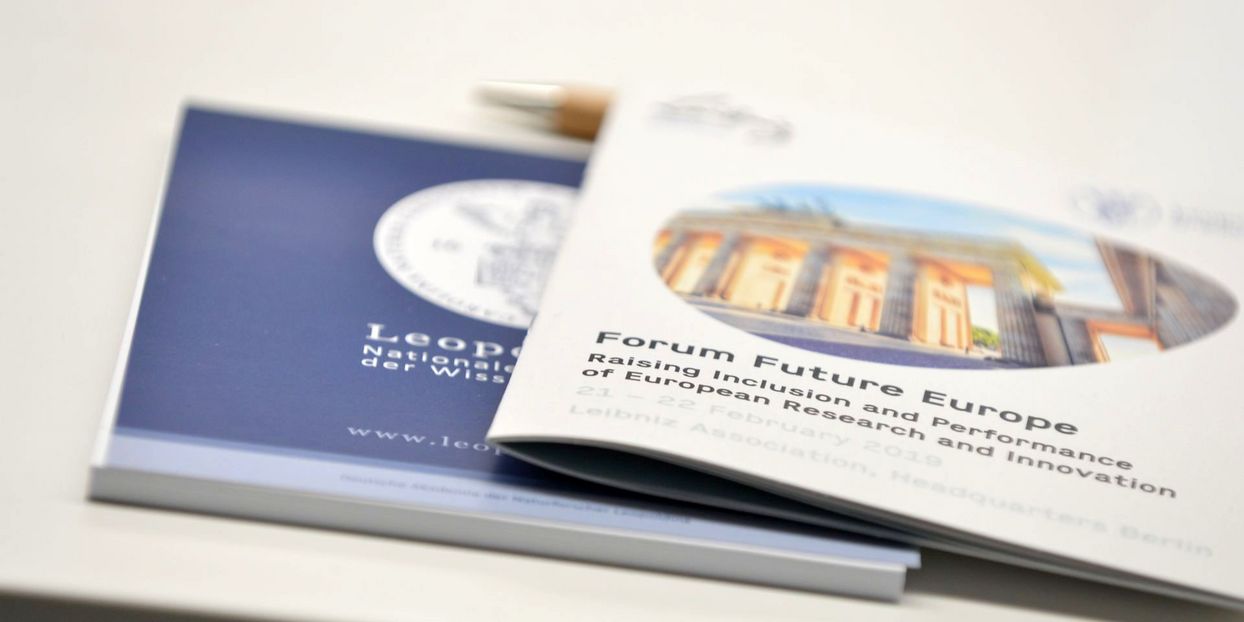 Raising Inclusion and Performance of European Research and Innovation

Forum Future Europe brings together national academies of sciences and arts, leading higher education institutions, research and innovation organisations, and invited experts from the EU13 countries and from Germany with decision-makers from the European Parliament, EU Member States, the European Commission and the EU Council Presidency.

The plenary discusses the challenges for maintaining the competitiveness of Europe on the global level in terms of research and innovation, focusing on the efforts to strengthen convergence within the area covered by European research funding programmes. Input statements and open discussion.

Roundtable – Future of Science Systems in Europe: What Role for Universities?

The roundtable discusses the role of higher education institutions in Europe’s future, focusing on their role and tasks, and on inter-university networks and academic mobility. Facilitated debate with interventions by the participants.

Roundtable – Future of Science Systems in Europe: What Role for National Academies and Research and Innovation Organisations?

The roundtable discusses the role of national academies and research and innovation organisations for Europe’s future, focusing on current and future challenges. Facilitated debate with interventions by the participants.

The keynote gives a political message on the future scenarios for the EU and the European continent, considering current and future challenges. Keynote followed by a moderated discussion.

Plenary debate – Europe 2050: How Can Education, Science and Innovation Contribute?

The panel discusses the ways in which education, science and innovation can contribute on the joint path towards a successful Europe 2050, following the motto “Shaping Europe with Science”. Input statements and open discussion.

The panel discusses the “best recipes” for a successful research policy in Europe, focusing on the new Framework Programme Horizon Europe and on approaches to overcome disparities in the European Research Area. An outline of key messages from the scientific community to policy makers precedes the panel discussion.