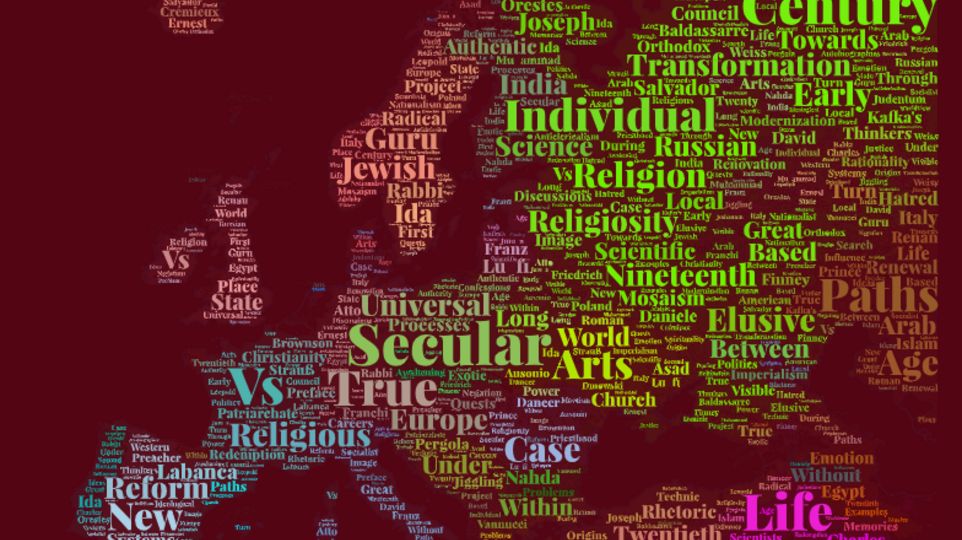 The conference understands such processes as phenomena of transi-tion and border crossing. It wants to make clear that secularization and religiosity are by no means mutually exclusive, but that they are interwoven in many ways in the perspective of the course of individual lives. The conference assumes with Detlef Pollack that »re-ligion has a high shaping power even under modern conditions, is compatible with modernity and is itself capable of becoming a source of modernity« (Pollack, 2016, 6). In this respect, secularization can be understood as »the transformation and the continued effect of originally religious motives and meaning outside of the religious realm in the narrow sense« (Nüchtern 1998, 51). The lectures of the conference ask to what extent these moments of transition and bordercrossing are to be understood as consequences or ex-pressions of »secularization«, as transformations of the religious, or as manifestations of »new« religiosity.

The period under investigation covers the long 19th century as an age in which expressions of the religious and religious attachment changed more profoundly and continuously than ever before. This transformation of the religious can be seen as a fundamental process for the formation of modern European societies. Not only a »diffusive Christianity« (Wolffe 1994, 92f) is emerging, but also new forms of non-church-bound religiosity, both in Christianity and in Judaism and Islam. This pluralization of religion and religiosity in European societies has been described as a »constant expansion of the universe of religion« (Nowak 1995, 11). At the same time, the social role of religion, especially its public visibility, and the function of the Christian churches as its institutional bearers increasingly receded, partly due to industrialization, the success of the natural sciences, the emergence of nationstates (Nowak 1995, Nipperdey 1994), and migratory movements. This led to the fact that in the 19th century »the secular and the religious [...] were publicly nego-tiated for the first time at all«, the secular was »conceived as a sphere beyond the reli-gious« (Habermas 2019, 148) and the boundaries between these spheres had to be rene-gotiated again and again.

The conference follows up on these findings and attempts to trace the processes of secularization and revitalization of the religious in their interaction on the microlevel, namely on the basis of individual life courses. This is based on an understanding of secularization that dynamically relates the religious and the secular to each other (cf. Habermas 2019, 147f.) and understands »secularization« not as a unilinear and uniform process, but as one that takes place in different modes and different mechanisms. Helpful is the systematization developed by Charles Taylor, according to which »secular« manifests itself in three phases and types (Taylor, 2007, 377-422): 1. in increasingly secularized public spaces, 2. in decreasing faith and faith practices, 3. in changing conditions of faith and religiosity.

18:00–19:30 Keynote lecture
Ruth Harris (Oxford)
Guru to the world: India and the transformation of Western spirituality in the age of imperialism

09:00–11:00
Panel 2: Renewal and reform from within and from without
Chair: Alessandro Grazi (Mainz)

Stefanie Coché (Cologne / Giessen)
Jiggling quests for individualism, authority, rationality and emotion during the Second Great Awakening: Orestes Brownson and Charles Finney and the transformation of American religion in the 19th century

Viktoriya Ivashchenko (Kharkiv)
Religious vs scientific: the worldview problems in the autobiographies of Russian scientists in the 19th and early 20th centuries (online)

Marta Baranowska (Toruń)
Roman Dmowski's concept of national ethics. Some remarks on the concept of power and secularization in Poland at the turn of the 19th and 20th centuries (online)

11:00–13:00
Conclusive lecture: a look at the present
Chair: Alessandro Grazi